The Ethiopian music is extremely versatile. Traditional music has influences from the region in which it is played, with each people developing its own sounds. The influence of religion is also noticeable. For example, in the province of Wollo in the northeast of the country, a form of Islamic music known as Manzuma or Menzuma, originally sung in Amharic, has developed and is now widely used in other regions. Reggae, Rastafarian music par excellence, is also very present. And by the late 1950s, the world-renowned Ethiopian jazz finally became extremely popular.

The reggae
Reggae is a genre of music, which originated in the late 1960s in Jamaica. It quickly became an international success and is often associated with the Rastafarian movement. The reggae music created in a context of strong emulation is the result of numerous encounters and the mixture of different ethnic groups. The Reggae has its roots in the music of the black Americans (for example in the rhythm’n blues), in Ska and Rocksteady, but also in the traditional music of the African continent. It is originally protest music that prompts the black people to pride, exhorts them to free themselves from their complexes, and preaches a return to the roots. These are also the values ​​of the religious identity movement Rastafarianism, whose god is the Emperor Haile Salassie I and whose holy land is Ethiopia. 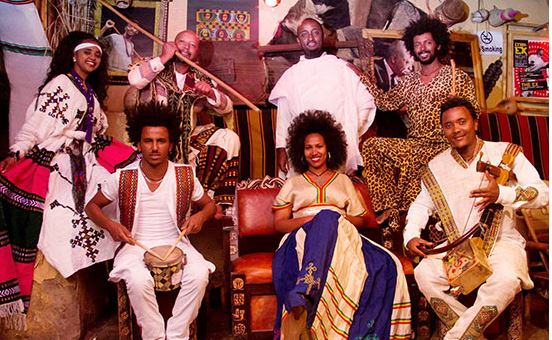 The Azmaris are singers and musicians that can be likened to European bards. Both men and women are accepted. Azmaris are fabulous improvisers who find the right mockery, the ridiculous detail and the joke to which the audience react in every situation and accompany themselves on a masinko or a krar (a kind of lyre). They usually occur in Azmari Bets or Tedjbets (bars where you drink a honey called Tedj ).

In Ethiopia , the majority of the population hears traditional, but mainly folk music. It sounds in the minibuses, in the shops and bars … everywhere and anytime. It is played, recorded and produced in the country. A great personality of modern Ethiopian pop music is the singer Teddy Afro.

The Ethiopian Jazz
The Ethio-Jazz was created in the 1960s in the bars of the capital under the influences of jazz, traditional Azmari music, Latin American music and Anglo-American pop music. Numerous official groups authorized by the government at that time played and developed this music over a period of fifteen years.

Ethiopian jazz returned to life with two events outside the country: at the end of the 1990s, an independent French label released Francis Falceto, the largest voices of the Ethio jazz in the magnificent collection “Ethiopiques ” , with the West discover this music could. The second event is connected with the success of Jim Jarmusch’s American film, Broken Flowers, in 2004, in which an Ethiopian fan of 1970’s Ethio-Jazz plays the supporting role. The film music in particular includes the successes of today’s 70-year-old Mulatu Atsaké, which is regarded as a worldwide known symbol of this music. I highly recommend you visit him in his jazz club at the Ghion Hotel.